Home > WELLNESS WEDNESDAY > The Health of our Communication Skills 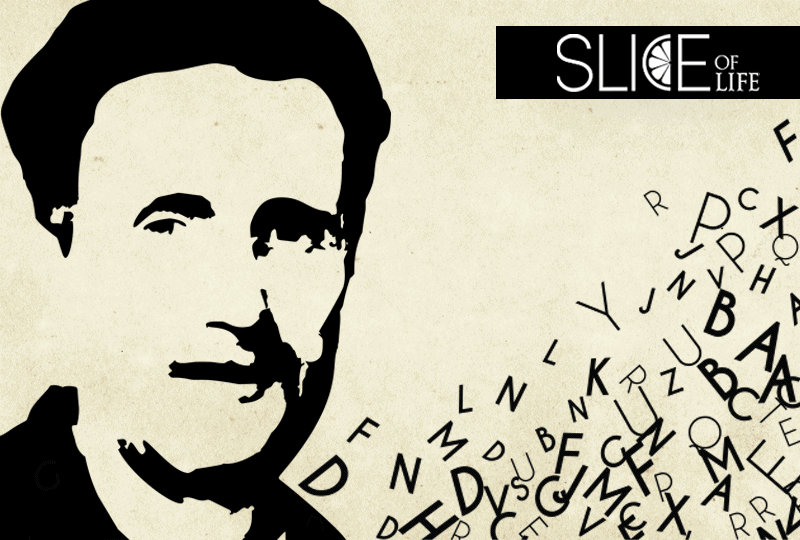 While we usually think of “Wellness” in a more directly physical sense, today we are going to consider the health of our communication skills. George Orwell managed to become one of the most influential writers in his relatively short life; born in 1903 and passing away in 1950, his adolescence and adult life were each lived in the shadow of a World War. This influence can be clearly seen in his works 1984 and Animal Farm, both of which are still constant presences on high school and college reading lists, but we are going to focus on some of his advice and insight regarding our use of language. Orwell’s essay “Politics and the English Language” draws our attention to the relationship between the language we use and the thoughts that language enables, as well as larger questions of how we can possibly measure the “health” of a language. It’s well worth a short read, but here we will dig into the main cuts of the paper.

The essay begins with the bold claim, “Most people who bother with the matter at all would admit that the English language is in a bad way, but it is generally assumed that we cannot by conscious action do anything about it. Our civilization is decadent, and our language‒so the argument runs‒must inevitably share in the general collapse.” Now keep two things in mind here, Orwell wrote this statement in 1946 and here, as a British citizen, he would have primarily meant the English language on that side of the Atlantic. The overall question is an interesting one. Is the English language doing well today? Do we get a balanced diet in our vocabulary? Are these even reasonable questions to ask?

Consider how Orwell frames the problem and maybe these questions become a bit clearer: “A man may take to drink because he feels himself to be a failure, and then fail all the more completely because he drinks. It is rather the same thing that is happening to the English language. It becomes ugly and inaccurate because our thoughts are foolish, but the slovenliness of our language makes it easier for us to have foolish thoughts. The point is that the process is reversible.”

Let’s pause first to see what motivated Orwell to make his evaluation that the English language was suffering in his time. He states, “it is clear that the decline of a language must ultimately have political and economic causes: it is not due simply to the bad influence of this or that individual writer.” For him, these economic and political causes have their roots in the rise of fascism across Europe in the early half of the 20th century, but it is particularly fascinating to see how he thought these weaknesses manifested themselves. “The first is staleness of imagery; the other is lack of precision. The writer either has a meaning and cannot express it, or he inadvertently says something else, or he is almost indifferent as to whether his words mean anything or not. As soon as certain topics are raised, the concrete melts into the abstract, and no one seems able to think of turns of speech that are not hackneyed: prose consists less and less of words chosen for the sake of their meaning, and more and more of phrases tacked together like the sections of a prefabricated hen-house.”

There are two key lessons that Orwell would impress on anyone looking to improve their writing or communication skills. The first is precise imagery (and remember, Orwell isn’t speaking about fiction, but regular speech). He writes that too often we return to familiar, clichéd terms instead of finding unique phrasing and wording to suit the occasion before us; without being able to inventively describe new objects, places and people, a speaker will always speak with a ring of the past. His second dictum involves precision. Clarity in speech will always come from being able to illustrate mentally a scene for your listener or being articulate enough to avoid vague substitutions – “the whatchamacallit,” “you know, the thing,” “whatever it was.”

If we were to try to reduce Orwell’s message to a practice for personal development, it might involve expanding a person’s vocabulary, but that wouldn’t necessarily be at the center of the curriculum. Again, Orwell’s points are really not that he saw people of his time as exhibiting weak grammar or limited vocabularies; those could be possible, but he is far more concerned with people’s ability to concoct new phrases and ideas than he is with their ability to define every word. To return to an earlier quote, if sloppy language can enable sloppy thoughts, then Orwell also seems to implicitly endorse the idea that innovative uses of language should enable innovative thoughts.

One thing that is particularly interesting to focus on given the time since Orwell’s writing is how technology has affected the health of our language. For instance, in enumerating his complaints about weak language-use Orwell writes “A speaker who uses that kind of phraseology has gone some distance toward turning himself into a machine. The appropriate noises are coming out of his larynx, but his brain is not involved as it would be if he were choosing his words for himself.”

Very much unlike 1946, we live in a time where writing at the word-by-word level has never involved so much mechanical assistance. Word processors strictly monitor our spelling and grammar, sometimes themselves making a mistake and scolding us with a squiggly blue line; things like predictive text assistance quite literally allows you to write on autopilot from a bank of predetermined options; emojis even let us make a snap-substitution of a word for a cute associated image. This isn’t to say these things are bad, but it can be useful to consider whether in some ways their convenience can soften our language abilities and make us marginally sloppier thinkers.

Want to learn more about communication at LIFE? Check out our Bachelor of Science in Interdisciplinary Studies.

The Science of Meditation