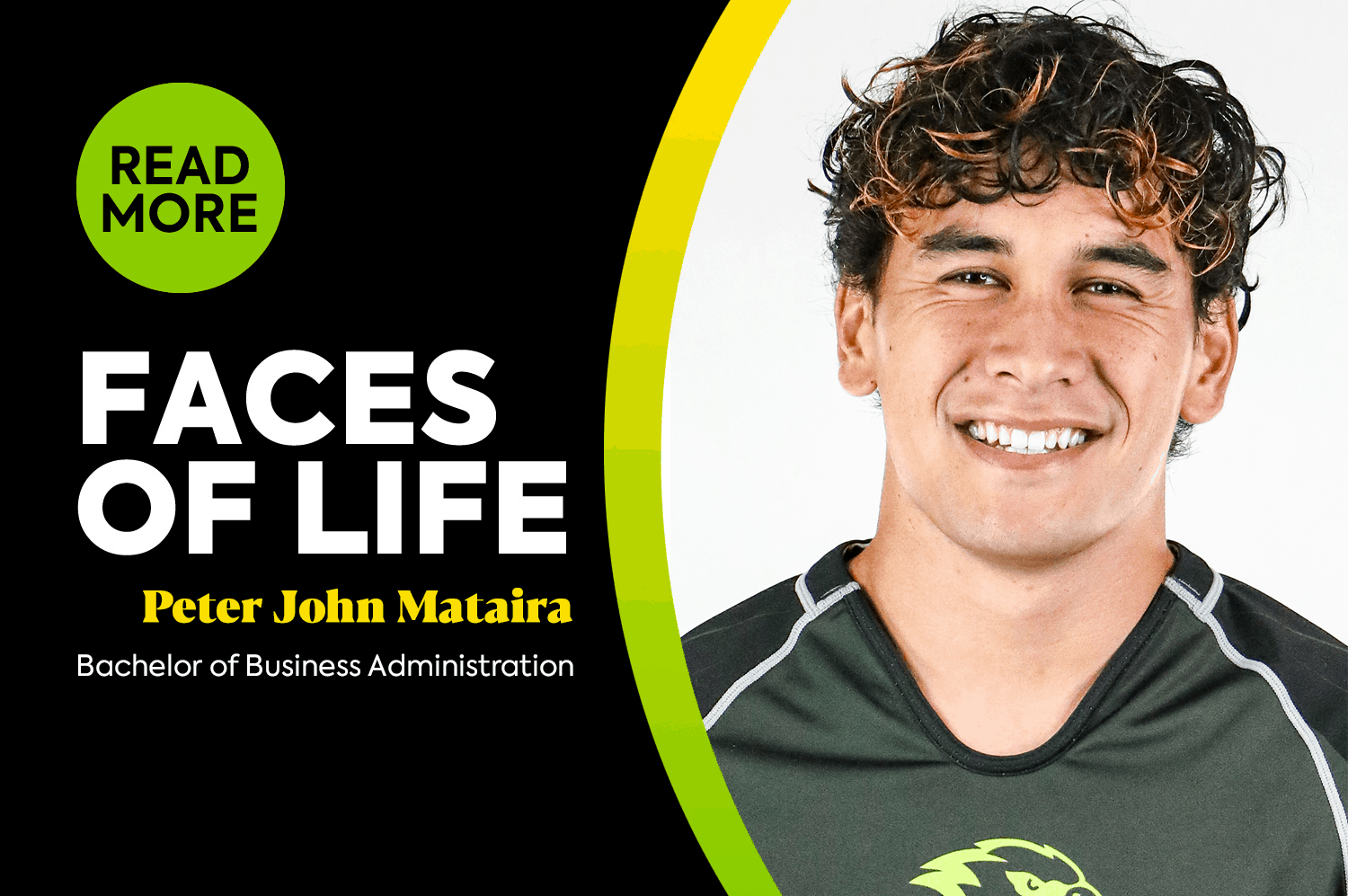 Originally born in New Zealand, Peter John Mataira grew up in Hawaii and is still a resident today. He comes from a blended family of nine kids. “We are all pretty close; we are a big family.”

Mataira plays football and rugby. His first year of playing rugby was his junior year at Kupu High School, around the same time Life U came to his campus and had a rugby camp for them.

“I knew Life U was a really good school in America for Rugby. For a while, I was also debating if I wanted to become a chiropractor.”

He decided that becoming a chiropractor wasn’t the right path for him, but during his senior year of high school, the Life U men’s rugby coach reached out to him, and he realized it was the next right step for his education. Mataira loves math and working with numbers, so pursuing a Bachelor of Business Administration just made sense for him.

Mataira started at Life U in Fall 2020. At first, being far away from home was difficult for him.

“I think I am a really shy person; I am not going to talk to you if you don’t talk to me first, but being at Life U really taught me to open up and get outside my comfort zone to meet people.”

He realized it’s easier for him to study when there are people around him at the study hall, especially other rugby players. “There are guys from all over the world on our team, so learning about different cultures has been an amazing experience for me.”

One of the ways he likes spending time on campus is going along the trails with fellow rugby players and picking up trash. “We believe cleaning up the forest is one of the ways we can practice Lasting Purpose on campus.”

After Mataira graduates he is most likely going to settle down in Georgia. “I really love the greenery and forests. I’ve started to build a home here, and it would be nice to stay.”

Faces of LIFE is a story campaign that showcases members of the dynamic LIFE community, including faculty/staff, students, alumni and health science professionals. Interested in being featured or nominating a candidate? Email Marketing@LIFE.edu. Read more Faces of LIFE stories.

Welcome to the Slice of LIFE blog

Human Ecology and Designing Our World