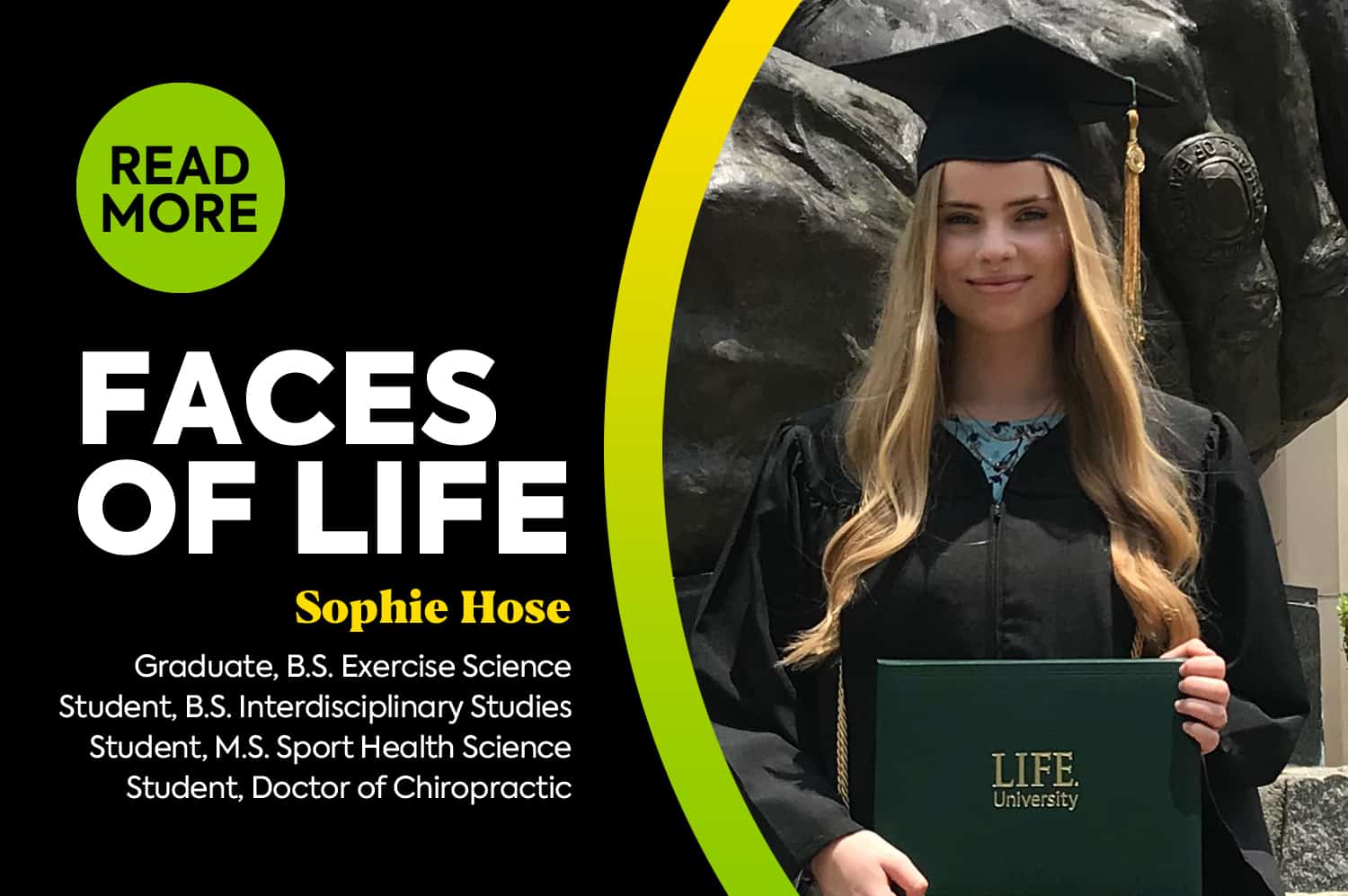 Before coming to Life University, Hose originally wanted to go to medical school.

“Chiropractic is not well known in Germany, so we didn’t know it existed for a while, but when I was eight, I had quite a lot of injuries as a gymnast, and my parents took me to a chiropractor for the first time,” she shared. “I’ve seen him ever since, and when I got a little bit older, he asked me what my plans for the future were. He gave me a flier about Life University, and I started looking into it more seriously.”

Hose did a few internships in Germany and Italy with different chiropractors and fell in love with the profession. “I honestly didn’t look at any other schools. It was clear that I was going to be at Life University or nothing else from the beginning.”

In September 2018. Hose came to Life U and began her Bachelor of Science in Exercise Science. “I finished that in June 2020, but I had already started the D.C. program in January 2020.” The reason she came to Life U was to pursue Chiropractic, and according to her, the other degrees were stepping stones to get there.

In addition to pursuing multiple degrees at Life U, Hose has also been heavily involved on campus. “In the past, I used to be a Resident Assistant at the Commons, and I used to be a mentor at the peer STARS mentoring program,” she explained. “In my second quarter at LIFE, I started working as a tutor for Biology and Chemistry for the undergrad program, and now I am also giving SI sessions for Radiology.” Hose is also the president for the Multicultural Student Association, the secretary for the Functional Neurology Club and an active member in the Applied Kinesiology Club, Neuro Emotional Technique Club, Sports Chiropractic Club and Orthopedic Club. “On top of all that, I also shadow at the NeuroLIFE Institute once a week.”

Hose will be graduating from the D.C. program in July 2023. “I am not sure where I will be settling down after graduation, but I am 95 percent sure it won’t be in the U.S. because Europe feels like home to me. I am just not entirely sure what country yet; Germany would be the easy choice, but France is my second home and my first choice.”

Hose advised other students, “What I have come to realize at LIFE is that it is important to take every opportunity you are presented with and connect with other people. I think everyone has some wisdom to share with you, and you should take advantage of that.”

Faces of LIFE is a story campaign that showcases members of the dynamic LIFE community, including faculty/staff, students, alumni and health science professionals. Interested in being featured or nominating a candidate? Email Marketing@LIFE.edu. Read more Faces of LIFE stories.