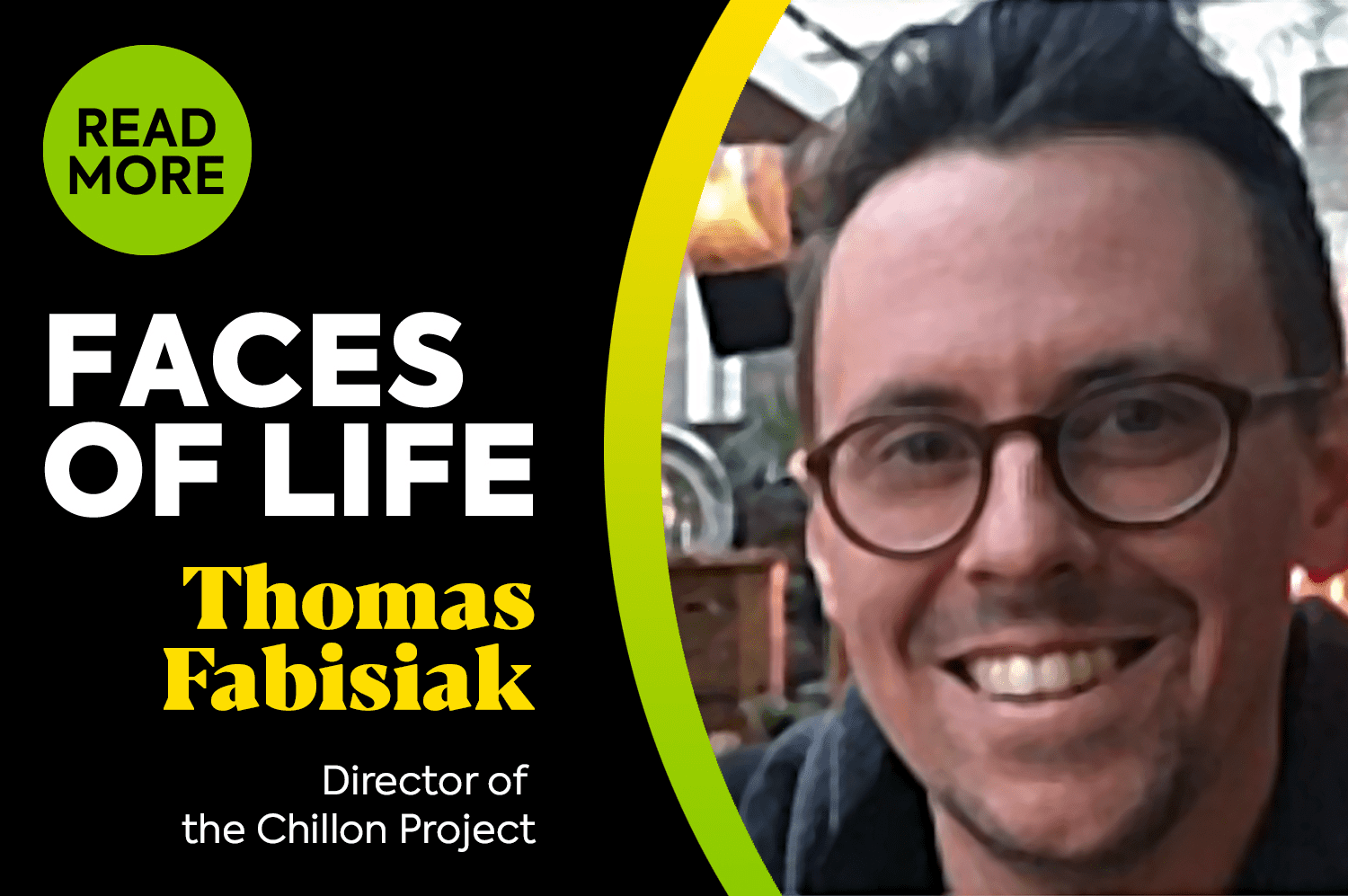 Dr. Thomas Fabisiak is the Director of the Chillon Project at Life University. He grew up in Albany, New York then moved to a very small shoreline town in Maine at 14 years old. It was a big change from Albany, and he did not appreciate the move at the time, but now, he treasures going home and visiting his parents in Maine. Dr. Fabisiak has a brother and sister, and “between the three of three of us and our parents, we span the four corners of the country; my sister lives in Long Beach, California and my brother in Seattle, Washington.”

In 2015, the Chillon Project started. “I had just finished my Ph.D. at Emory and was directing a certificate program in theological studies offered at a women’s prison in Georgia, teaching classes and working with a group of people also teaching at the prison who wanted to offer a college degree to people in prison. The students wanted a college degree and would ask us about it many times,” said Dr. Fabisiak. He and the other teachers were also very moved by the students in their classes who wanted to get a college degree. Dr. Brendan Ozawa-de Silva, the founding director of the Chillon Project, put together a proposal for Life U to support this endeavor, and it was enthusiastically accepted by the University.

Up until 1994, a handful of Georgia-based colleges and Universities offered degrees in state prisons, but their programs ended after the Pell Grants program was discontinued for incarcerated people. With the establishment of the Chillon Project in 2015, Life University became the first Georgia-based postsecondary institution to offer an accredited degree program since then. Dr. Fabisiak said that there was a “strong sense that this program aligned with Vitalism, opening doors and removing barriers to allow people to thrive, which is a key component to the mission of Life University.” They invited a funder to come to the prison to meet students in the theology certificate program, and the Chillon Project ended up getting a grant from the Laughing Gull Foundation to start the program. The first classes were offered in 2016.

Dr. Fabisiak received his undergraduate degree from Cornell University, his master’s at Harvard University, and his Ph.D. from Emory University, where he studied comparative literature and religion. His religious studies degree included studying the humanities, with a focus on literary criticism, philosophy and critical theory. His work has included studying how our concepts of religion and secularism evolved through the often-muddled worlds of modern philosophy, theology and medicine.

Dr. Fabisiak’s research now focuses on ethics, and he is studying how prisons affect one’s moral identity. He is currently leading a study on how “moral injury” affects workers in prisons. The symptoms of moral injury resemble PTSD and emerge when people are put in situations where they witness or participate in something that challenges their core values or are in a morally challenging environment.

Originally, Dr. Fabisiak was on a standard academic career track and interested in doing research and teaching. Then he met these very intelligent people in prison who never had the opportunities that he had but were equally smart and had a great deal to offer the world, and it sent him on a different path. The students’ questions and insight were very compelling to him and to others who were also teaching them.

Dr. Fabisiak is also involved on Life U’s campus through teaching some online classes. Tuesday through Thursday he spends teaching at the prison and working with the students and faculty there. On Fridays, Thomas spends his time in the CGUS office working on new ways to help students who were recently released and how Life U can continue to support them and connect them to the right resources on campus. Once students are released, they can finish their degree at Life U. “These people are facing incredible obstacles, and it is very hard for them to get what they need to thrive. Being connected to a university gives them many resources,” said Thomas. “I am trying to spend more time on the main campus to cultivate those relationships.”

The obvious difference to Dr. Fabisiak working at Life University versus at another university is that when other schools said “no” to a program like the Chillon Project, Life University immediately said “yes.” “Life U’s commitment to its mission is unusually strong as compared to other universities,” said Dr. Fabisiak. “I have gotten a lot of yeses to expand this program and have felt the connection to Vitalism consistently supported by the higher administration on down. There is a great commitment to removing barriers, where other schools are afraid or too big bureaucratically to be able to do this.”

“What this program and Life U has represented for me is a courage and willingness to cross barriers and trust that what comes from that will be positive,” said Dr. Fabisiak. “When I trust students and get them what they need, I have a better experience as a teacher and director. The system has served to make us not have to trust people and deal with people. When we take that leap of faith, a lot of beautiful things happen.

Dr. Fabisiak believes that these people are not just stereotypes but are real people who want to build real relationships, and he urges anyone in a position to do so to hire someone who has been incarcerated. “Don’t ask why they were in prison; just ask why they’d be good for the job like you would ask anyone else. If you give people a chance and trust them to change their own life, you will not regret it.”

History of Rugby at LIFE