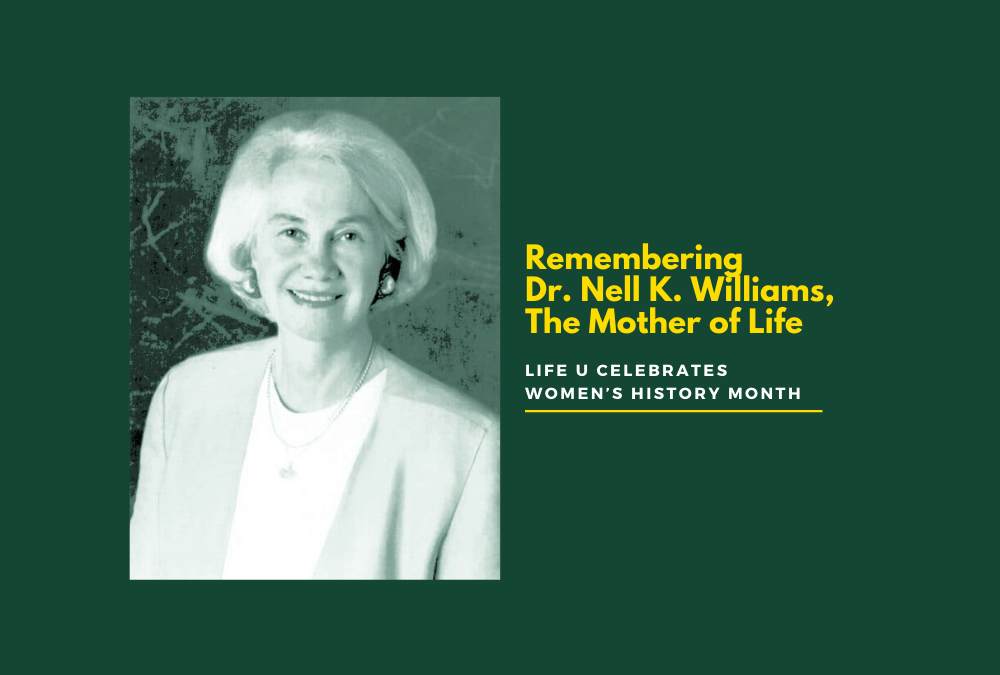 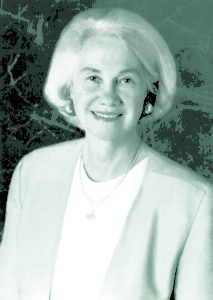 Life University is still mourning the passing of Dr. Nell K. Williams, chiropractor, co-founder of Life University and the wife of the late founder and first president of LIFE, Dr. Sid E. Williams. Dr. Nell passed away in August of 2019.

Dr. Nell was a graduate of Lees-McRae College in Banner Elk, North Carolina (1947) and subsequently Palmer College of Chiropractic in Davenport, Iowa (1956). In 1956, Drs. Sid and Nell Williams moved to Austell, Georgia where they set up their first chiropractic office. Soon after, the couple had opened up and managed more than 20 clinics in the metro Atlanta area. In 1974, she and Dr. Sid founded Life Chiropractic College, which later became Life University, which they grew into the largest chiropractic college in the world.

Dr. Nell was a staple in the metro Atlanta community and a staunch advocate for the chiropractic profession. She was a member of numerous city and chiropractic organizations and was honored with multiple awards for her service, such as:

Dr. Nell also served as Senior Vice President and Dean of Student Affairs for Life University until she retired in 2002. Dr. Nell was married to Dr. Sid E. Williams for more than sixty years. Their two children, Dr. Kimbrough Williams and Dr. John Sidney Williams, are both graduates of Life University.

“Dr. Nell was a powerful woman during a time when women weren’t supposed to be such. Her name is etched in our minds and our history along with women who were so significant to the development of Chiropractic that they were known simply by their first names, Mabel, Ruth and, of course, Nell. She was never in Sid’s shadow, but rather, always pushed him into the limelight; maybe because he required it, but more likely because she loved him and never walked behind him or in front of him, but always, in purpose and spirit, they walked shoulder to shoulder. Regardless, she held a deep and uncompromising passion for and commitment to Chiropractic and, above all, to Life University.

The University will always acknowledge her as the Mother of Life U and will always be waiting for her with open, loving arms.”

A FREE GIFT FOR YOU FROM LIFE UNIVERSITY

ALUMNUS AND PAST BOARD MEMBER DR. LORENZO E. MARCHESE, JR. NAMED 2022 ICA CHIROPRACTOR OF THE YEAR

DR. CHARMAINE HERMAN ELECTED TO THE INTERNATIONAL CHIROPRACTORS ASSOCIATION (ICA) BOARD OF DIRECTORS