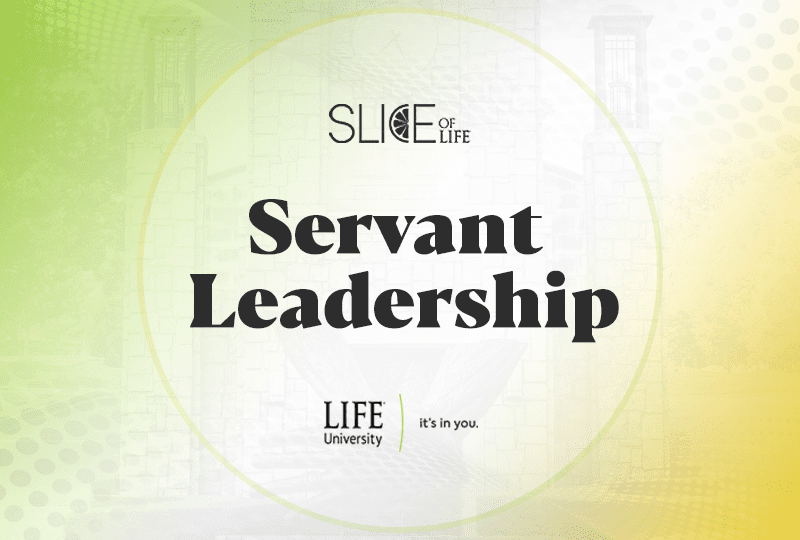 One cannot talk about servant leadership without discussing Robert K. Greenleaf, the first person to coin this phrase. Servant Leadership is an ancient concept, but the concept was not given a name until modern times. Greenleaf named this concept through his published essay in 1970 titled, “The Servant as a Leader.” Before publishing this essay, Greenleaf created a center that was devoted to this concept.

Originally this center was called The Center for Applied Ethics. Today, this organization is called The Robert K. Greenleaf Center for Servant Leadership. It offers several programs including the Greenleaf Academy, Greenleaf Scholars Program, Coffee with Webinar Series, Next Generation Initiative and the Greenleaf Public Policy Lecture. After many years in Atlanta, Georgia, the Center moved to Seton Hall University in South Orange, New Jersey on July 1, 2019. Greenleaf passed away in 1990, and his legacy still lives on.

“Servant and leader. Can these two roles be fused in one real person in all levels of status or calling? My sense of the present leads me to say yes to both questions.” – from Robert K. Greenleaf’s essay, The Servant as a Leader, 1970.

Servant leaders, first and foremost have the natural desire to serve others, before they wish to lead. They also make a conscious choice to lead. A servant leader puts service first and the desire to lead second. Greenleaf is an excellent example of this. After graduating from Carleton College in Minnesota with a math degree, he took a job with AT&T. He was convinced by one of his teachers in college that large institutions such as AT&T were doing a poor job serving individuals or society. With that in mind, Greenleaf made it his mission to quietly influence from the inside of the institution in which he worked. During his 38 years at AT&T, he made great contributions including creating the world’s first corporate assessment center, promoting females and African Americans to non-menial positions, spearheading a program to train rising leaders in the humanities area, and bringing in theologians and psychologists to speak about the wider implications of corporate decisions.

Servant Leadership and Lasting Purpose at Life U

According to Greenleaf, the key tools needed to be a servant leader are listening, persuasion, access to intuition and foresight, use of language, and pragmatic measurements of outcome. The concept of servant leadership is interwoven throughout Life University (Life U) and all its programs, including Serving Lasting Purpose (SLP) and Compassionate and Integrity Training (CIT). Rebecca Koch, Director of Service Initiatives at Life U, defines servant leadership through the writings of Robert K. Greenleaf.

“I think of Servant Leadership as the servant leader is motivated first by the desire to serve and then second perhaps by the authority, power or money that comes from that,” said Koch. “And then the main test is how are the needs of the most disadvantaged being served and is what is being proposed as a next step or a process or an initiative? Will it better their interests, or will it at least do them no more harm?

Koch also points out that true motivations are important to acknowledge in this leadership, and there are key questions that should be asked, starting with, ‘Is someone a servant leader, and if so, how do they serve others’ needs?’  Knowing the motivation of why they serve and if those who serve under them become servants is important. Koch said that some of the characteristics of a servant leader are trustworthiness, self-awareness, humility, caring, visionary, empowering, relational, competent, good stewards and community builders.

“They [servant leaders] know how and when to be transactional, but the point is not to be obedient to me.  The point is to serve this cause, to serve one another, to serve people who aren’t being well served, and is for this larger vision or purpose,” said Koch.

Koch shares some famous leaders who are great examples of servant leadership, including Mahatma Gandhi, Mother Theresa and Martin Luther King, Jr. Dr. King, she explains, was chosen to lead the civil rights movement for his willingness to serve. Dr. King was not looking to lead but to make the world a better place for all by serving in the movement.

Life U also exemplifies servant leadership throughout the University, and it is taught through a program called Serving Lasting Purpose (SLP) by Koch to all new employees and students. It is a two-part, eight-hour course taught in two-four-hour increments. The first question she asks is “Why is it that you serve?” Koch said that people are just getting warmed up, and the responses to this question are generally short but robust answers, such as “To give back;” “It’s my purpose in the world;” and “It keeps me connected with my focus,” etc.

Things change as she asks the group about the challenges of being a servant leader. That is a much longer list with answers such as “Time;” “Money;” “Training;” “People being apathetic;” People just don’t get it.”  The longest list comes from the question, “What do you need to be a servant leader, and what do you need to be at your best to serve?” This question brings people to the heart of servant leadership, and that is you can’t serve others if you are not yourself being served. Self-care is a very important component of servant leadership if we are to do this effectively. Without self-care, there cannot be caring for others.

“I just can’t go easy on myself and just be forgiving, my commitment to compassion has to be to transform. What can I do to do it better next time? How do I turn my caterpillar behavior into butterfly behavior?” asked Koch.

Compassion Integrity Training (CIT) is another excellent program that focuses on servant leadership. Through self-compassion and compassion for others, as well commitment to self-transformation, we can serve our greater communities.

Today’s Conversations on Leadership (TCL) Podcast – Work on Your Passions