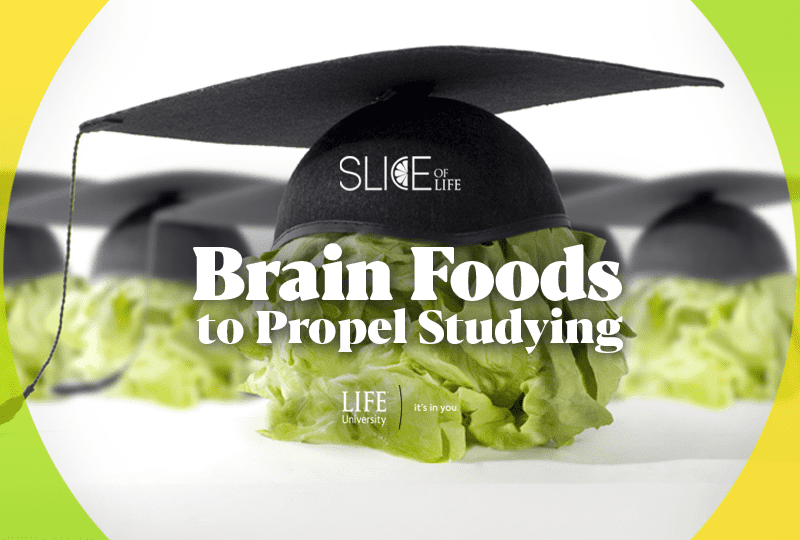 Ultimate success as a Life University (Life U) student requires diligent study and many hours hitting the books, but if students don’t take proper care of themselves, they can find themselves hitting a wall instead. There are many forms that necessary self-care can take, but today we will focus on the need for a balanced diet to help give students enough sustainable energy to take in and retain important information.

It’s tempting to reach for comforting junk food in times of stress. Cheetos or Oreos, anyone? Though of course in moderation, it is perfectly fine to indulge in an occasional unhealthy snack, it is imperative to base the bulk of our diets on foods that will healthfully fuel us.

As outlined in Harvard Health’s article titled “Food linked to better brainpower,”  there are five major types of brain foods that it would be wise for a Life U student to include in their diet on a regular basis, which are (in no particular order):

Of course, too much caffeine can be dangerous and should be avoided. According to the Mayo Clinic, a maximum amount of 400 milligrams of caffeine a day, roughly four standard cups of coffee, is considered safe. If you consume too much caffeine, it can cause unwanted symptoms such as headache, insomnia, nervousness, fast heartbeat and more.