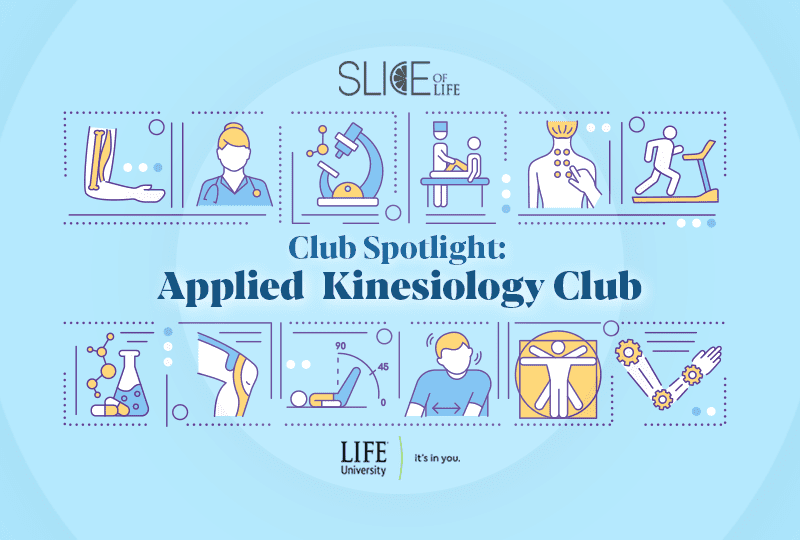 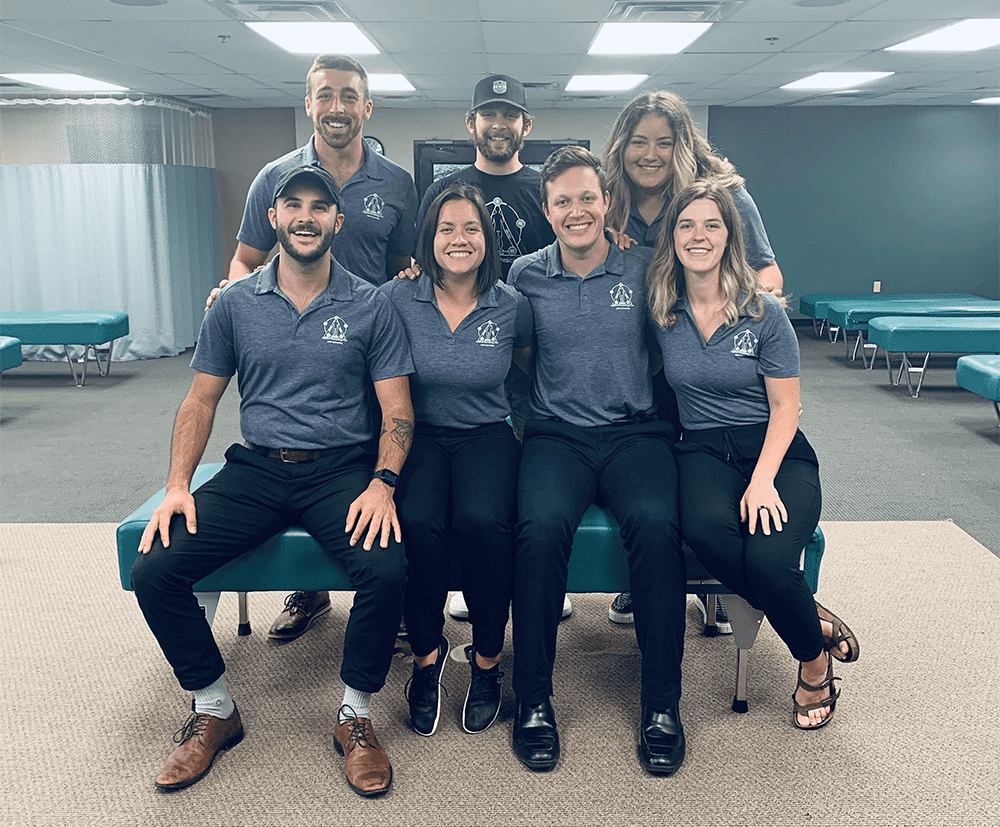 While it’s true that much of chiropractic care centers around the proper alignment of the spinal column, it is imperative for chiropractors to remember that surrounding muscle tissue plays a key role in overall patient health as well. That is why  Applied Kinesiology and the Applied Kinesiology Club at Life University (Life U) seek to bring more awareness, focus and practice to this vital area. Applied Kinesiology (AK) is a chiropractic technique that utilizes muscle testing to navigate the assessment of and care for patients while addressing structural, chemical and emotional components of vertebral subluxation. Dr. Trent Brumbaugh serves as the club’s academic advisor. The club typically meets on Thursdays at 11:00 a.m in RCCE 148 when the University is in session.

“I think AK does a good job of embodying our vitalistic philosophy at Life U. So we always talk about traumas, thoughts and toxins, and I think that AK is one of the only techniques that truly evaluates all of those things and addresses the root cause of the person’s issue,” said Naomi Smith, AK Club President.

Smith went on to explain that often in Chiropractic, the initial instinct is to plan for a chiropractic adjustment, which of course is a powerful tool, but it is not the only useful tool in the toolbox.

Marcus Nitschke, AK Club Vice President, described searching for the right place to expand his chiropractic understanding when he first started at Life U. He found many wonderful clubs and eventually was drawn to focusing in on AK Club because he has a family connection with muscle testing. His grandfather is a chiropractor who uses straight arm muscle testing in his practice. After joining AK Club, he learned more than he even expected, as it encompasses the whole body.

“I immediately fell in love with some of the principles of AK, using muscle testing to query or ask the body questions about where the source of the neurological interference is. It really is a great system of tools, rather than just one protocol, […] that you can kind of just throw into your basket,” said Nitschke.

AK Club Treasurer Sophia Antonini attributes her initial interest in Chiropractic to wanting to work with Applied Kinesiology in a practical manner.

“The technique itself impacted me so much as a patient. Applied Kinesiology was the main thing that helped me deal with childhood stress and adversity along with the emotional aspect of NET [Neuro Emotional Technique], of which there is another club here as well for that. […] Being a student in the AK Club gave me such early hands-on experience and confidence,” said Antonini.

Antonini went on to say that the club has been a great way to connect with like-minded people and to learn about this technique.

“It’s really cool to be working on someone through the way that an applied kinesiologist approaches it, especially when chiropractic students even look at you like ‘How did you know that?’ It’s just things like that that make you want to learn more about it, and it really drives me to become better,” said Dakota Freeman, AK Club Secretary.

The members of AK Club look forward to the 2022 ICAK-USA (International College of Applied Kinesiology- USA) Homecoming Conference in Atlanta being held July 28-31. Scholarship dollars are available to help with the cost of the conference. Contact AK Club at AppliedKinesiology@life.edu for further details.

Slice of LIFE is an invitation to and extension of everything happening at Life University. Whether you are a current student, a potential freshmen or a proud alumni, Slice of LIFE can help keep you connected to your academic community. Know of a compelling Life U story to be shared, such as a riveting project, innovative group or something similar? Let us know by emailing Marketing@life.edu.

Did you know Life U’s Compassionate Integrity Training was Recommended for all University Students in India?