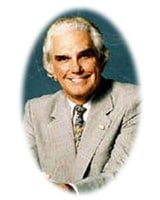 Sidney E. Williams, D.C. – Upon graduating from Palmer College of Chiropractic in 1956, Drs. Sid and Nell Williams moved to Austell, Georgia where they set up their first chiropractic office. Within a few years, the pair had opened up and were running more than 18 clinics in the Atlanta metro area. On Tuesday nights, Dr. Sid would invite individuals from the community to attend what he called “Dynamic Essentials” (DE) meetings. These meetings would cover the philosophy and use of chiropractic care in day-to-day life and would be a staple of the chiropractic profession for the rest of Dr. Sid’s life.

Williams, by then a member of the International Chiropractors Association (ICA), and wanting to do more for the profession, began a 501(c)(3) organization called the Life Foundation International. Around the same time, he began publishing a chiropractic magazine named Today’s Chiropractic which became an international publication and the platform Williams used to voice his beliefs and philosophy about Chiropractic.

He is most well-known for establishing the largest single-campus chiropractic school, Life University. 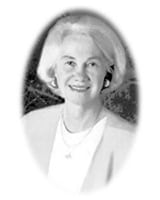 Nell Williams, D.C. – Dr. Nell was a graduate of Lees-McRae College in Banner Elk, North Carolina (1947) and subsequently Palmer College of Chiropractic in Davenport, Iowa (1956). In 1956, Drs. Sid and Nell Williams moved to Austell, Georgia where they set up their first chiropractic office. In 1974, she and Dr. Sid founded Life Chiropractic College, which later became Life University, which they grew into the largest chiropractic college in the world.

Dr. Nell was a staple in the metro Atlanta community and a staunch advocate for the chiropractic profession.

She was a member of numerous city and chiropractic organizations and was honored with multiple awards for her service, such as:

Dr. Nell also served as Senior Vice President and Dean of Student Affairs for Life University until she retired in 2002. Dr. Nell was married to Dr. Sid E. Williams for more than 60 years. Their two children, Dr. Kimbrough Williams and Dr. John Sidney Williams, are both graduates of Life University.

Want to learn more about Chiropractic? Check out the Doctor of Chiropractic program at LIFE.edu/academic-pages/chiropractic-program.

Slice of LIFE is an invitation to and extension of everything happening at Life U. Whether you are a current student, a potential freshman or a proud alumni, Slice of LIFE can help keep you connected to your academic community. Know of a compelling Life U story to be shared, such as a riveting project, innovative group or something similar? Let us know by emailing Marketing@life.edu.

Possible Career Paths for Nutrition and Dietetics at Life U