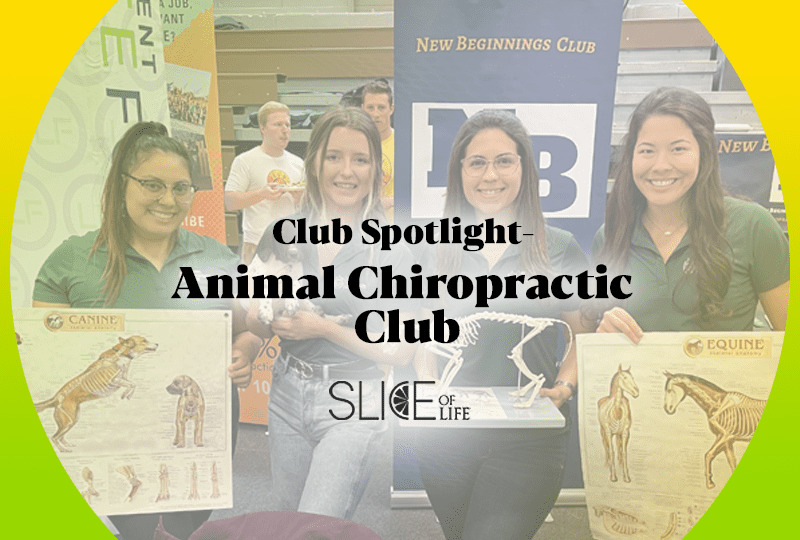 A spine is a spine, whether it belongs to a person or a feline. As such, Animal Chiropractic care can be extremely beneficial to the health and wellness of animals. Is that a surprising notion? The members of the Animal Chiropractic Club at Life University (Life U) beg to differ. The main goal of the club is to create a community of animal enthusiasts who are looking for an avenue into Animal Chiropractic. The club focuses on the business and community side of Animal Chiropractic, along with how to get certified in the specialized practice. The club is primarily seminar-based, as animals cannot be brought on campus for this purpose.

“Animal Chiropractic represents a natural evolution of chiropractic care. The ability to be associated with that growth potential is exciting. Even though the club is primarily theory-based, rather than practice-based as other clubs on campus, it is still vital. It allows for the free flow of information and student involvement for a new and emerging sub field of Chiropractic,” said Academic Advisor Johnathan Moore. “This club enables students to explore the application of Chiropractic to non-traditional domains. For Chiropractic to truly thrive in the 21st century, it is necessary to adapt to the changing needs of the communities that Chiropractic serves. This club is a first step in that process.”

President Jessica Hollis brought back the club in Spring of 2021 after a hiatus due to lack of a leadership structure, but now the group is in full swing, hosting several different seminars related to the anatomy of puppies, dogs, horses and more.

“People always say, “Whoa, you can do Chiropractic on animals?’ And I say, “Yes! They all have spines, don’t they?’” said Hollis.

Hollis came to Life U with the intention of becoming an animal chiropractor after graduation, originally pursuing veterinary medicine but later finding Animal Chiropractic to be an exciting and innovative way to help heal animals.

“We just believe that all spines deserve a good adjustment and a good alignment. And it really does make a difference in the animals. With animals, you can just see it happen instantly. It is just an amazing response,” said Treasurer Brooke Mauldin.

Social Media Manager Natalie Mendez-Rivera learned about the possibilities of Animal Chiropractic while working previously as a veterinary technician. Mendez-Rivera recalls a case where a dog had problems in the lower extremities and the veterinarian recommended chiropractic care. She was surprised to hear about that option.

“[The veterinarian] said ‘Yes, here in the United States we use a lot of chiropractic care on animals, and that works!’ So I watched some videos and thought, ‘I like this’,” said Mendez-Rivera.

As a burgeoning field that is still finding its place within the chiropractic landscape, working in Animal Chiropractic may not prove a simple path. Depending on state laws, how and if a person can legally operate in Animal Chiropractic can be a tricky thing to figure out. For example, some states require Animal Chiropractic to be supervised by a Doctor of Veterinary Medicine (DVM), while some will allow you to practice without a veterinarian present if you are properly certified. Still, other states do not allow a D.C. to practice animal chiropractic regardless of any certification or training they have received. Bottom line, chiropractors interested in animal chiropractic should be very careful to familiarize themselves with the laws of their state, which can be most directly illuminated by contacting a state’s veterinary board.

Again, as this is a relatively new field, the schooling required is specific and necessitates a fair amount of commitment, time and cost. In general, these schools require students to be a licensed DC or DVM or alternatively be within six months of graduation for either license. There are a few different paths an interested student could take. Within the U.S, there are five animal chiropractic schools that the Life U Animal Chiropractic Club has identified as good potential programs for interested students: Options for Animals, Parker University, Healing Oasis Wellness Center, Veterinary Chiropractic Learning Center, and Health Pioneers Institute.

On April 30, Dr. Heidi Bockhold of Options for Animals hosted club members at her farm to talk about the business of Animal Chiropractic while also teaching about generalized analysis of animals such as horses and dogs.

*Note: These events are not approved Life U events, as Student Affairs does not officially give approval for off-campus events. *

For more information about upcoming events and costs, connect with the Animal Chiropractic Club by following them on Facebook or emailing them at animalchiroclub@gmail.com. 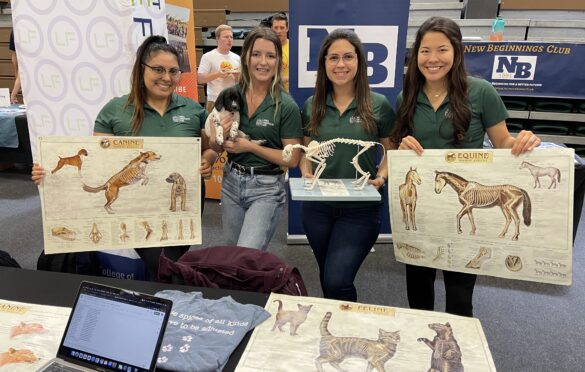 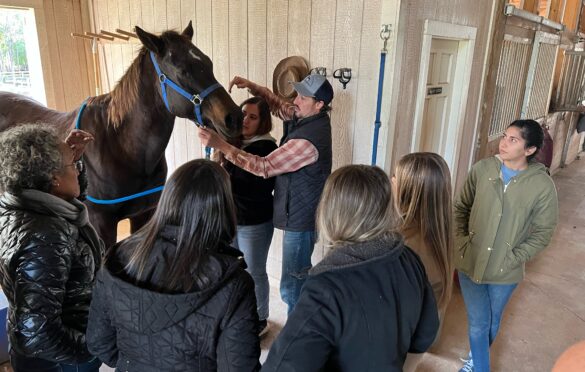 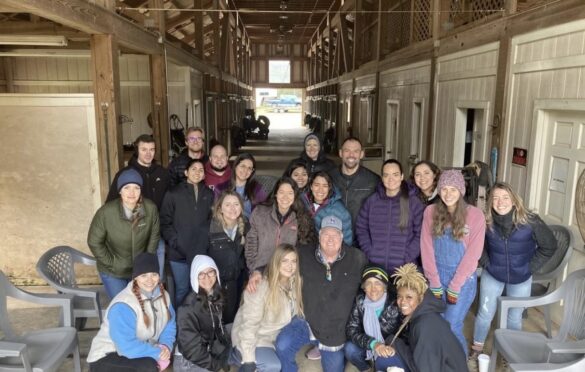 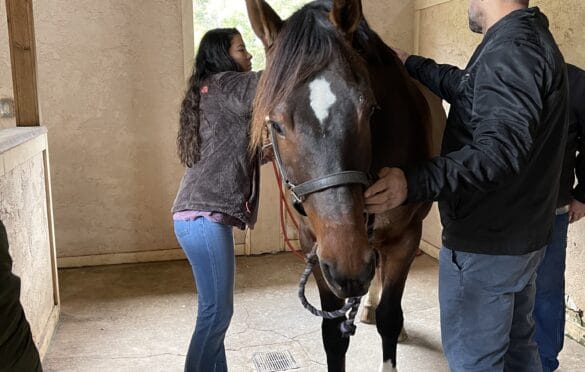 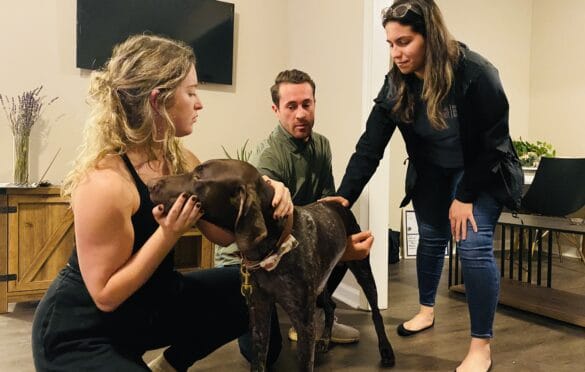 Lights of LIFE Starts This Week!